The Song of the Guru 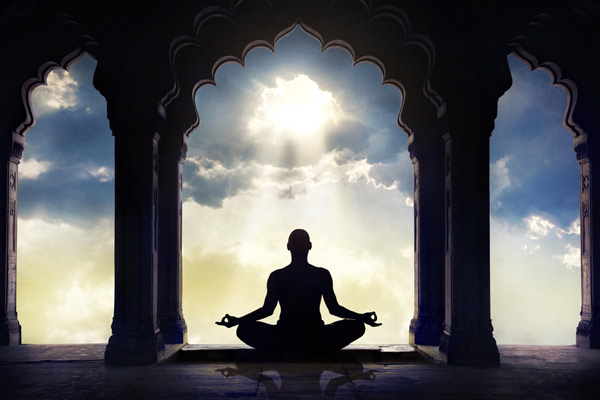 An introduction to the Guru Gita.

Indian literature is alive with legends illustrating spiritual principles. One of my favorites is the story and teachings that comprise the Song of the Guru, Śri Guru Gita.

The setting of the Guru Gita is the sacred Mount Kailasa of the Tibetan Himalayas. This is the legendary home of Lord Shiva, the supreme deity of yoga. Even today, members of several religions and spiritual heritages visit Kailasa for special pilgrimage. Respect for its holy status has prevented anyone from attempting its summit.

The Guru Gita story begins when Lord Shiva’s wife, Goddess Parvati, approaches him and humbly asks that he explain the secrets of the Guru and the Guru-disciple relationship. Parvati’s sincerity and devotion touched the Lord’s heart. He related the secret teachings of the Guru’s nature in the verses known as Śri Guru Gita. These verses also describe how a seeker, wishing to be a disciple, can earn the Guru’s grace. And they detail the many benefits of chanting the Guru Gita.

Following are excerpts from the English rendition of the Guru Gita sung at my Guru’s ashram. Our resident poet and a long-term disciple, Don Barsell, composed the verses based on a 352-verse version of the Guru Gita (aff link), published by The Divine Life Society, India. Don’s insights and talents lend a simple and witty depiction of this important yogic text. 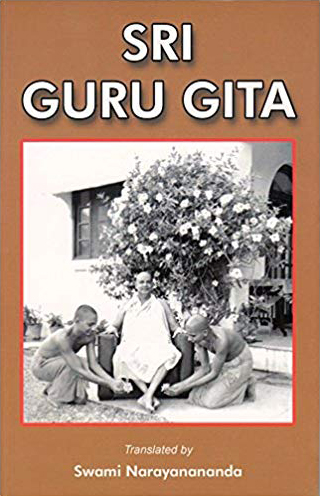 On the Nature of the Guru

The Guru is not he or she.
Birthless, deathless, God is He.
He is Truth, equanimous.
He is peace and bliss and love. (325)

Firm in knowledge, firm in power,
Truth’s the garland that he wears.
Liberation is His gift,
As well as worldly happiness. (74)

He’s the Knower of the Truth.
He is clever, able, pure.
The True Guru is hard to find.
His state, above all others, shines. (270)

He possesses mental peace,
It matters not the time or place.
Firmly rooted in the Self,
The Guru’s blissfully content. (290)

Guru devotees can be very generous with their time and money. This makes the profession of Guruhood appear quite appealing. Persons wanting only recognition and wealth have been known to deceive gullible seekers. False gurus are far more prevalent than true Gurus. Paul Brunton described meeting many of these types in his book A Search in Secret India. Sincere seekers must be alert to the possibility of charlatans. The Guru Gita mentions them in several verses, like these:

One who wears the Guru’s robes
For sake of honor or respect
Should not be worshipped as a god
For he knows not the inner Self. (152)

Teachers who don’t know the Self,
Who lie and think they’re God’s own gift,
Cannot find peace for themselves.
So how can they help someone else? (198)

Many teachers want to take
All the money you can make.
But the true Guru just wants
To end your heartaches here and now. (269)

The lowest teachers tend to speak
Of things that are material.
They lack experience of Truth,
And so their words are trivial. (273)

On the Behavior of a Disciple

Spiritual aspirants are encouraged to find and test their Guru. Aspirants must be confident that the teacher is a true Guru. This is a relationship that lasts for a lifetime and isn’t entered into lightly. When the seeker recognizes a true Guru, and accepts him as his own, the disciple’s real work begins.

There are many rules for discipleship. This relationship is unlike the student-teacher relationship you find in Western education. The Guru-disciple relationship requires absolute trust, faith, and dedication. Following are a few verses from the Guru Gita outlining a disciple’s behavior and attitude towards the Guru:

Meditate upon His form.
Always chant His blessed name.
His every wish you must obey.
Think of only Him all day. (39)

Do not sit too close to Him.
Do not treat Him like a friend.
Always, in His presence, act
With deep humility, respect. (140)

Never disregard His words,
Be they just or undeserved.
Carry out all His behests,
Like a servant, diligent. (141)

Those who seek their freedom should
Give their hearts to their Guru.
By following the path He shows,
They’ll attain the cherished goal. (179)

On the Effects of Study of the Śri Guru Gita

The Guru Gita may be chanted aloud, as traditionally practiced, or studied in silence. It may be sung in English or the original Sanskrit. Many ashrams and aspirants make it part of their daily discipline.  The Guru Gita’s verses describe many effects of its study. Here are just a few:

This Gita rouses all the powers
Of the spirit and the world.
To get control of your own life,
Chant it morning, noon, and night. (217)

Give up all forbidden acts,
Abandon unclean places, then,
By this japa you’ll attain
Success in all you undertake.  (239)

Attachments are by it removed.
Worldliness it will uproot.
Those who know the Truth should bathe
In its waters every day. (245)

If you sing this Guru hymn,
God will grant your every wish.
Chant it every single day
And you’ll secure His boundless grace. (255)

The Grace-Bestowing Power of God

A major topic of the Guru Gita is Guru’s grace. In fact, in the yoga tradition, Guru is often defined as the “grace-bestowing power of God.” The practice of yoga under the guidance of a Sadguru is the easiest path to enlightenment. The Guru has traveled the spiritual path to its culmination. He then shows others the way.

Spiritual aspirants who learn about the importance of the Sadguru’s role in their quest might be anxious to find their Guru. They can be comforted by the following saying: “When God is pleased, He leads you to the Guru. When the Guru is pleased, he leads you to God.”

Chanting and studying the Śri Guru Gita prepares aspirants to meet their Guru. For those already enjoying the company of a Sadguru, the Guru Gita provides direction for becoming a better disciple.

I hope your interest in the Śri Guru Gita has been stimulated and that you’re ready to add it to your daily practices. If you’re new to the Guru Gita, a good place to start is this video:

The video includes a link to the text, so you can follow along. For help with pronunciation, review the transliteration chart here.

For more information about the Guru Gita and how to make it an integral part of your practice, please feel free to contact me directly.