What Does Enlightenment Mean? 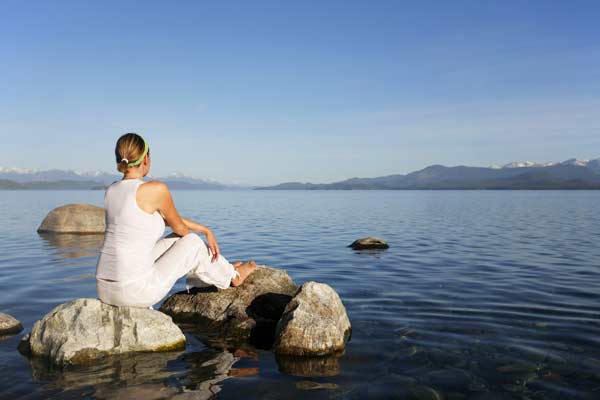 What does enlightenment mean?

What would you say if I told you that spiritual enlightenment is attainable to anyone who wants it? You might say that it’s just not possible in today’s world. We have too much to do, too many responsibilities. Or you might propose that enlightenment can only be achieved by a very rare person, like the Dalai Lama, or by someone with super-human capabilities.

The Impossible Pedestal of Enlightenment

Maybe it’s difficult to believe in our own potential because we have an incorrect or vague idea of what enlightenment is, or what an enlightened person looks like, or how they behave.

Many believe that the pinnacle of spiritual life requires leaving behind everything they know and love and spending years meditating in a mountain cave. Indeed, that’s still done today, and such stories attract attention. But the truth is that most enlightened people are content to live quiet, uneventful lives, not drawing attention to themselves.

Similarly, some think an enlightened person performs miracles like walking on water, healing the sick, reading minds, or seeing into the future. I’m not saying these events don’t occur, but they are rare. Although stories of miracles abound and have some validity, such supernatural events are not a requirement or even evidence of spiritual enlightenment. Yogic scriptures warn the spiritual aspirant about seeking special powers that often lead to diversions on the path.

These misunderstandings about what enlightenment means make it feel out of reach, nearly impossible. You might think, It’s a nice idea, but only for the fortunate few. I could never achieve that.

The Qualities of Enlightenment

In the Eastern traditions, it’s an accepted fact that enlightenment is not only attainable for everyone, it’s inevitable. It’s been described by the great masters, past and present, as well as many Eastern texts. These descriptions help us eliminate misunderstandings and provide guidance. They can also help us gauge our own level of spiritual progress.

Jivanmukta is the Sanskrit word for a person who is established in the state of enlightenment. It means one who is liberated while still living in a body. Other commonly used terms for such a person are a man (or woman) of wisdom, a Self-realized being, or an enlightened being. The state of this person is what we wish to achieve spiritually.

The jivanmukta embodies the qualities described in many authoritative Eastern scriptures. The Bhagavad Gita and Yoga Vasishtha give us the following list:

All these qualities, and more, have been promised to us—and experienced by many—not just one or a few of these qualities, but all of them simultaneously and forever. This is the meaning of enlightenment. It has many other names, such as Self-realization, God-realization, liberation, and final illumination, as well as the Sanskrit terms nirvana, moksha, and mukti.

Enlightenment Within Our Reach 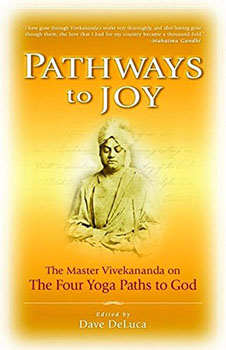 At first glance, the qualities listed above seem impossible to experience even for a brief time, much less constantly. Yet we know that actual people, not just super-humans, have been known to embody these characteristics. When you read the biographies of these sages and saints, you discover that they often come from very humble beginnings.

The state of enlightenment is often described as that of perfect peace, eternal joy, and unconditional love. The phrase found in many religious and philosophical texts is “the peace that passes understanding,” which is an excellent description. Most of us have experienced this state in some small measure. It’s a moment when our otherwise overworked and busy minds are at perfect peace, and there is an overwhelming feeling that everything is good and right—just as it is. For most people, that experience is rare. But for the spiritual aspirant it happens frequently, and eventually it never leaves.

A life of perfect peace, filled with the experience of joy in all circumstances, has been promised to us by all the great teachers.

The Key to Enlightenment

When I began, I said that spiritual enlightenment is attainable by anyone who wants it. The key word in that statement is want. Desire is the most important ingredient to success on any path, especially the spiritual path, but it’s helpful to consider a familiar example, such as: what does it take to be an Olympic gold medal winner or a concert pianist? Elite athletes and master musicians know they must stay focused on their goal, wanting it above all else. The same is true on the spiritual path. If you want enlightenment more than anything else in the world, then you will achieve it.

There are many steps we take to reach enlightenment. We begin with a sense from within that there is a purpose to our lives. We find dissatisfaction, even sorrow, in what is commonly called a “full and happy life.” We begin to question the purpose of our life and look for answers. Along the way, we get a glimpse of the answer, a fleeting experience of the peace, joy, or love mentioned earlier. Our faith in that condition grows, we commit to a path, and we follow it to the end.

You’re on that path right now, whether you realize it or not. Enlightenment is already in your future. As you continue your meditation practice, affirm this for yourself. Believe in the inevitability of your success, and then practice with patience and perseverance.

Read the next article in this series: