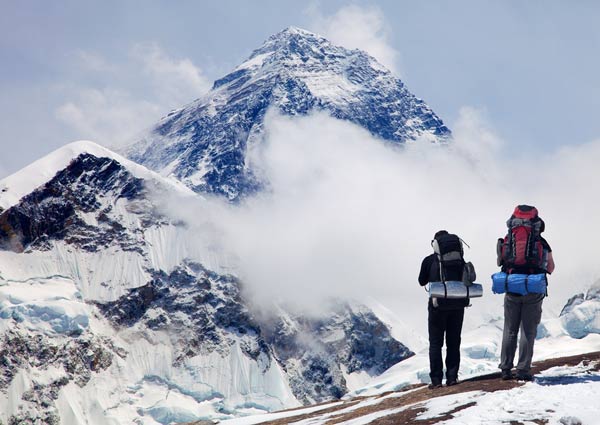 What is a guru?

Each year, at the time of the full moon of the Indian calendar month Ashadha, yogis celebrate Gurupurnima. This day is set aside to honor the Guru. On the Western calendar, Gurupurnima usually happens in the month of July. It’s an especially important day for yogis because the Guru holds the highest place in our hearts.

The word guru is now quite familiar in the West. In fact, we use it quite casually: computer guru, fitness guru, financial guru. The word signifies someone highly expert in his or her field.

However, to yogis, a Guru is more than a mere expert. A Guru is a spiritual master. True Gurus have achieved the highest experience of Self-realization. They are capable of initiating others and guiding them along the path to enlightenment. The Sanskrit term for the true Guru is Sadguru. (from sat = “true, real” + guru = “teacher”)

Why Do We Need a Guru?

We can become experts in some subjects without a teacher. In today’s world, information is plentiful and free. One might ask, “Why do I need a Guru? I can learn all about yoga and enlightenment from books, the Internet, and local classes.” However, spiritual knowledge is a specialized field requiring out-of-the-ordinary instruction.

In a sense, turning to the spiritual path is like a rebirth. Imagine a newborn baby. Human babies are born completely helpless. No other species is as helpless, and for as long, as ours. With parental nurturing, babies grow and develop every day. Through the gentle guidance of their parents, they learn to eat. Shortly after that, they learn to walk and talk—again, with the help of their parents. Eventually, babies become children old enough for formal schooling. They become dependent upon teachers until they can learn how to obtain knowledge without others’ help. It’s a long road to that kind of independence.

When we first turn to the spiritual path, we’re like babies. We know nothing, and we don’t even know how to gain the right knowledge. Newcomers often jump from one teaching to another. In yoga, there are so many options: Hatha, Kundalini, Vedanta, Kashmir Shaivism, and others. Turning to today’s information sources, like the Internet and Amazon, we find more information than can possibly be digested in one lifetime. We don’t know where to begin, and we get very confused.

The spiritual journey is like climbing Mount Everest. Enlightenment is the highest attainment, the peak of our soul’s development. Only a fool would climb Everest without a guide. There are so many ways to fail—crevasses, avalanches, and low oxygen, to name a few. We need someone who knows the way, a qualified guide. The right guide knows the path, has made it to the summit, and can steer us around obstacles.

The biggest obstacle on the spiritual path is our ego. The ego resides and is firmly rooted in the mind. The ego looks out for its own welfare and makes us believe that we’re important. It deludes us into thinking that we’re separate from each other. If we believe in our separateness from each other, then it follows that we are also separate from the Divine.

The ego has been strengthened and developed over a lifetime—or many lifetimes—and is extremely difficult to uproot. Think of the winds on Mount Everest. Those strong winds can easily push us around. They might be deceptively calm from time to time, but then they rush around a corner and flatten us with a blast.

Our guide on Mount Everest knows the route to the top, and he knows how to avoid obstacles and winds. In the same way, a Sadguru leads disciples around obstacles and gives them the foundation to endure the blasting winds of ego. We can’t do this on our own—it’s not possible to kill your own ego. A qualified Guru-guide is essential.

A Sadguru is not an ordinary teacher. A seeker must sincerely ask: What is a Guru? A Sadguru can be very difficult to recognize. Their outer appearance might be purposely deceptive. There are no rules for how a they should look. A Sadguru might originate from any country and from any ethnic or racial background. They could be renunciants or householders. Sadgurus may or may not be formally educated, and none of them have a “Certificate of Gurudom.”

Remember, Self-realization is akin to climbing Mount Everest. For mountain climbing, you need a guide who has been to the summit and knows the way—a PhD in geology won’t do. Similarly, college degrees in spiritual subjects are a far cry from direct experience.

The following verses, taken from the quintessential text on the Guru, the Śrī Guru Gita, describe some of the characteristics of the Sadguru:

He’s known by six qualities:
Peace, dispassion, potent speech,
Courage, knowledge of the Self,
As well as Self-enlightenment. (172)

He is simple, child-like,
Speaks only when its requisite,
Desireless and free from doubts,
Alone, content within Himself. (174)

Calm and pure of heart is He.
His words are measured carefully.
Free from lust, from wrath and greed,
From sense-enslavement He is free. (271)

The Sadguru has no false thoughts.
He is peaceful and content.
He is independent, calm.
To Him, the same are God and straw. (289)

The Guru knows that He’s divine.
His body-corpse concerns Him not.
Ruthlessly He’s rid Himself
Of lust for pleasure, women, wealth. (294)

How Do I Find My Guru?

There’s a wise saying among spiritual seekers: When the disciple is ready, the Guru will appear.

My Guru’s experience was a perfect example of readiness. As a young child, he was drawn to the spiritual path. He studied spiritual teachings and naturally avoided bad company. As a young adult, he discovered yoga and learned of the importance of the Sadguru. He yearned for a Guru. However, Gurudev believed himself to be unfortunate because all the great Gurus of the time, like Ramakrishna and Yogananda had come and gone. Still, he continued to study and practice their teachings.

Finally, in 1970, Gurudev’s desire was rewarded. By happenstance, he was introduced to Swami Muktananda, a living Sadguru. Gurudev’s discipleship began right after that meeting. Because of his previous practices, and the guidance of his Sadguru, he achieved Self-realization in a very short time.

The point of this story is to show how critically important it is for spiritual aspirants to make themselves ready to be disciples. If the student is not ready when the Sadguru appears another opportunity may not present itself for a long time.

In the yoga tradition, the blessing of a living Guru is essential. Only a living Sadguru can ignite the spark of spiritual awakening. Prepare yourself to be a disciple by increasing your spiritual bank account. Pray to be united with your Sadguru; faith in your path and sincere desire will guide you to that meeting.