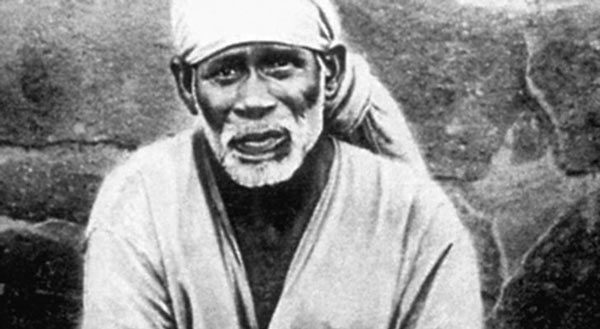 Master of the Month: Sai Baba of Shirdi.

The young man was an odd sight when he first appeared under the neem tree. The place and time: Shirdi, a tiny village in India, mid-1800s. Clad in rags, he sat in meditation for hours, oblivious to the world around him. The village children thought he was crazy, and they threw stones at him. But some of the wiser villagers recognized the signs of an emerging saint. Such intense sadhana, spiritual practice, is the sign of a pure soul.

The village people were accustomed to traveling mendicants. They weren’t concerned when he occasionally disappeared. But when he returned in 1858 he never left again. The village was changed forever.

For the first few years, the sage kept to himself. He continued long hours of meditation and was gradually accepted by the villagers. Eventually, he became a respected treasure of the town. He is known as Sai Baba of Shirdi still today.

The Uniqueness of Sai Baba 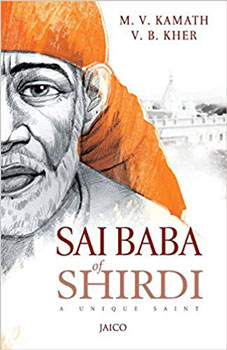 Most saints are unusual or unique in some way. Sai Baba was no exception. He was native to the Indian state of Maharashtra, an area that produced many saints. But he was unlike any of those who came before him.

There’s no conclusive record of Sai Baba’s birth place or year. His childhood and education are a mystery. Even the name given to him by his parents is unknown. Sai Baba, a name conferred by one of his earliest followers, denotes extreme respect for an older, wiser man.

Maharashtran saints who preceded Sai Baba, like Jñāneshvar and Nāmdev were born into the Hindu religion. But Sai Baba made no claim to a religious background. When questioned by villagers and followers about his past, Sai Baba insisted that it was of no account. He wore the distinct Sufi garb of a cap and long robe which further confused people about his heritage.

Claimed by Hindus and Muslims

Both Hindus and Muslims wished to claim Sai Baba as their own. He was, after all, well versed in each of their scriptures and traditions. But Sai Baba refused to be identified with anything but the doctrine of the unity of all creation.

Sai Baba didn’t initiate a new sect, nor did he author any texts. He endorsed the teachings of all religions, especially Hinduism and Islam, the prevailing beliefs of the area. Sai Baba easily interpreted and explained scriptures from both faiths. And he insisted that people remain devoted to their own religions.

Sai Baba opposed religious intolerance. When people came to him for advice, he encouraged them to love everyone equally. He taught compassion and patience. Sai Baba instructed his followers to help others willingly and generously.

“If any men or creatures come to you, do not discourteously drive them away, but receive them well and treat them with due respect. (God) will be certainly pleased if you give water to the thirsty, bread to the hungry, clothes to the naked and your verandah to strangers for sitting and resting. If anybody wants any money from you and you are not inclined to give, do not give, but do not bark at him like a dog.”

The Central Teaching of Sai Baba

Some people are drawn to saints hoping for material gain. Others are enthralled by the miracles that seem to surround them. Those who approach a saint with a pure mind and seek spiritual enlightenment receive the most. Sai Baba said, “I give people what they want, in the hope that they will begin to want what I want to give them.” He knew that worldly desires are very enticing.

Everyone received blessings from Sai Baba. He taught patience and tolerance by his own example. Unity, blessedness, and respect for all life was a central theme in Sai Baba’s teachings.

As a true saint, Sai Baba had realized his own identity with the Divine. This was his central teaching:

“God is, and there is nothing higher than Him. He is perfect, infinite and eternal. He is omnipresent, omnipotent and omniscient. He is the Creator, Sustainer, and Destroyer. Surrender voluntarily and totally to His will. Not a blade of grass moves without His will. Trust in Him and do the right. Let the inner light of Consciousness guide all your actions.”

And, as a true Guru, Sai Baba emphasized the identity of God, Guru, and one’s own inner Self. He often reminded devotees of his presence in their own hearts. He offered them comfort in the present and future.

“Though I am here, and you are beyond the seven seas,
Whatever you do there, I come to know at once.
Wherever you go, I am always with you;
I dwell in your heart, I am within you.
Bow always to me who am in your heart.
Know that I also dwell in the hearts of all creatures—
Whether at your home, doorstep or on the way.
Whether it is an insect, an ant, a fish or a bird,
An animal, a dog or a pig,
In all these I abide forever
And I pervade everything.
Do not regard yourself as separate from me;
We are one.
Blessed is he who realizes this Truth.”

Sai Baba left his body one hundred years ago, but devotees continue to increase in number. They are still attracted by his compassion, love, and message of tolerance. Thousands of devotees visit Shirdi daily, where the once tiny village has expanded into a major place of pilgrimage.