The Problem of Self-Forgetfulness 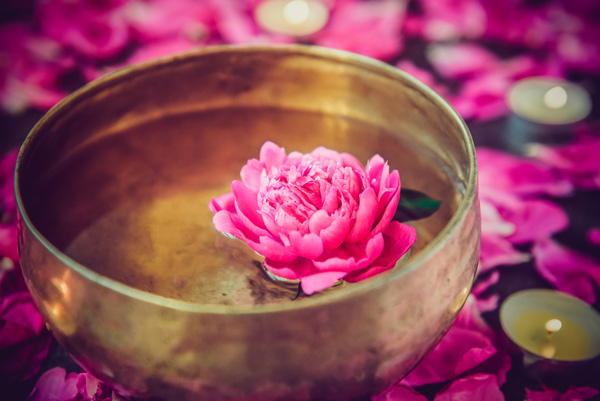 Scott Bolzan experienced a rare form of amnesia. As a retired football player he’d experienced many falls on the playing field. But a slip and fall in a public bathroom was the one that changed his life forever. The accident caused bleeding in his brain, damaging the area that holds long-term memories.

After his accident, Bolzan didn’t know his name or recognize his family members and friends. Neither could he recall his career or any other life experiences. In many ways, his life was a blank slate. In Bolzan’s book My Life Deleted (aff link), he describes how he spent his post-accident life making new memories. He created a new identity for himself.

Similarly, from a spiritual point of view, we’re all in a kind of amnesiac state. We move through our lives without awareness of our most basic identity—the Self, Atman. This is evident by realizing that we don’t always experience the Self’s nature: perfect peace and uninterrupted joy. Instead, we worry about the future and complain about the past. We’re always wishing and hoping. There’s no real happiness in this condition.

Yogis have a term for this state of mind: Self-forgetfulness. It’s also referred to as false-identification. It means, simply, that we’ve forgotten our true essence. 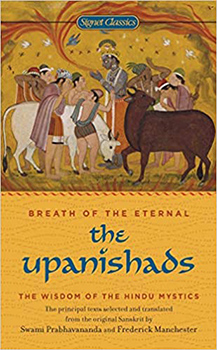 Many of yoga’s sacred writings explain our true identity, the Atman. The Upanishads, some of the most respected Indian texts, often use stories or dialogues to explain the nature of the Self. For example, read the following from the Chandogya Upanishad. In this dialogue the wise father, Uddalaka, instructs his son, Svetaketu:

All that is has itself in him alone. He is the truth. He is the subtle essence of all. He is the Atman. And that, Svetaketu, that thou art—tat tvam asi.

Tat tvam asi is one of the most profound statements found in Indian literature. It affirms our Divinity.

God, the Self, creates the universe and lives both within and outside all aspects of it. God enjoys this creation like a play—a Divine play. This play includes actors, sets, and situations. Some scenes in the play are comedies; some are tragedies. And the play goes on, whether or not the actors know they’re participating.

As yogis, our goal is to realize that we’re in this play. But our true essence doesn’t lie in the roles we’re playing. We are the Self, the same Divine intelligence that pervades every atom of creation. Within us, all Divine attributes exist. Perfect peace is inside now and always. So is joy and unconditional love. We need only rediscover it and become established in that awareness.

In the Divine play, we often forget that we’re just actors. We identify with—and believe in—the roles we portray. And that’s when our problems begin. This Self-forgetfulness prevents us from knowing that we’re the ever-blissful Atman.

It’s not difficult to understand how this happens. Imagine your experience while watching a movie. You enter a movie theater with a tub of popcorn and get ready to enjoy the show. You begin by being a witness to the story. Then, as it progresses, you start to feel like a participant. If something scary happens, you shudder or gasp. In emotional scenes your eyes well up with tears. Finally, all problems are resolved, and you leave the theater feeling satisfied.

Self-forgetfulness is a day-to-day experience like some of those movie moments. You forget that your purpose is to have a good time. You experience fear and sorrow. And it’s very real to you.

The opposite condition is Self-awareness. It’s the satisfying feeling of knowing that you’re simply enjoying the show. In the state of Self-realization, the experience is permanent. You’re no longer affected by the roller coaster of life. You go with life’s flow, accepting things for what they are. Your inner experience is peaceful, and joy is your constant friend. This is the enlightened yogi’s experience.

The Cure for Self-Forgetfulness

The solution to Self-forgetfulness lies in knowing that we’re the blissful Self. This requires deep changes in our understanding and awareness.

We have to start somewhere. After Scott Bolzan’s accident, he depended on others to tell him who he was. He had little choice but to put his faith in the “strangers” who claimed to know him. Family and friends showed him photographs and videos of his past. Gradually, he came to accept his identity as Scott Bolzan.

Similarly, for us yogis, learning to identify with the Self means initially having faith—a belief in something we can’t see or prove. We depend on others like yoga masters and texts like the Upanishads mentioned earlier. A little bit of faith can take us a long way. Through faith, we can take actions that eventually prove, by experience, our Divine inner nature.

Meditation is an essential practice that helps us realize our true Self. This practice affirms our Divine essence. Through meditation our sense of inner peace grows. And it’s from this experience that we can experience our blissful nature.

Meditation transforms you into a veritable abode of love and peace and bliss. Not only this—meditation makes you aware of the divine inner power. Due to ignorance of this power we consider ourselves to be small and insecure. Through meditation we become aware of our inherent divinity. … Thus meditation initiates significant inner processes and keeps them going. In the end it makes us realize our inherent divinity, our Godhood. — Swami Muktananda

Remember, Self-forgetfulness is like a serious case of amnesia. If you don’t feel happy or loving or peaceful, it doesn’t mean that you’re not those things. It just means that you’ve forgotten—you’re unaware. Your true essence is simply covered up with the debris of Self-forgetfulness. And the purpose of a yogi’s life is to clean up that debris and let the Self shine through.