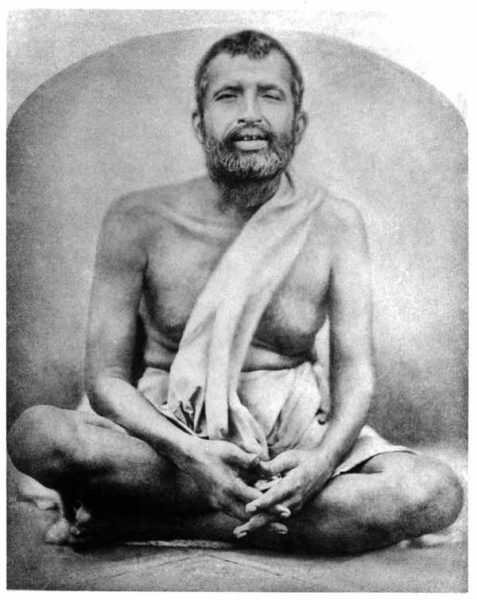 Throughout human history, the spiritual influence of many people endures. Jesus Christ and Buddha come to mind immediately when we consider this type of influence. We know that they both walked the earth, spreading the knowledge of their experience of God. Their influence was so strong that their disciples continued their teachings. Organizations, like churches and monasteries, arose. And millions of souls have followed their path even to this day.

But Jesus and Buddha lived so long ago that it’s sometimes difficult to imagine them as human beings like us. Not so with this celebrated Master, Śrī Ramakrishna. This Master was born recently enough that we have photographs of him. When we can envision the times and places of great beings they become more personal and real to us. It’s easier to imagine the period in which they lived and the life they might have experienced. And their teachings begin to take root in our hearts and minds.

Śrī Ramakrishna was born on February 18, 1836, in a rural area of Bengal, India. He was the son of deeply religious parents of the priestly caste. Their virtuous examples molded and secured their son’s character.

For example, Khudiram Chatterji, Ramaskrishna’s father, was especially committed to truthfulness. He would not break this cherished principle on any grounds. On one occasion, he was pressured to lie for a village landlord. Khudiram refused to bear false witness. This eventually resulted in the confiscation of his ancestral property.

Young Ramakrishna wasn’t interested in the subjects taught at school. However, he was a keen observer of nature and the world around him. The natural world was one of his most influential teachers. Ramakrishna was also attracted to the recital of scriptural texts and stories. Wandering yogis and ascetics passed through his village frequently. Ramakrishna loved to hear the stories they told from India’s great epics—the Ramayana and Mahabharata.

Ramakrishna’s early life was peppered with events that foretold his spiritual potential. His friends and family often found him in spiritual moods. Once, while enacting the part of a god in a village drama, he became lost in ecstasy.

Becoming a priest in a Hindu temple is a natural vocation for a man born into the priestly caste. Initially, Śrī Ramakrishna resisted positions offered to him. But by the time he was twenty years old he was assigned to fill the position left by his recently deceased older brother. Still, to his family’s dismay, Ramakrishna became even more contemplative and devotional. They worried about Ramakrishna’s spiritual moods that seemed to be increasing. His family sought to direct him by arranging a marriage. They hoped that marriage responsibilities would make him settle more seriously into worldly life.

After a careful search, a suitable betrothal was arranged with a young girl living in a nearby village. This girl, later known as Sarada Devi, was also inclined to spiritual moods. Later, as his wife, she became Ramakrishna’s disciple. She lived a life of austerity and service to her husband and his followers.

Most spiritual zealots are content to become absorbed in a single path. However, Ramakrishna wanted to test the truth of all paths. At separate times, he practiced Vedanta, Christianity, and Islam. Several advanced teachers guided him during this time of intense spiritual practices. Ramakrishna realized through these paths that God-realization is the supreme goal of life. He firmly believed—and taught—that all religions are authentic. Each of them focuses on one aspect of the true God. Ramakrishna encouraged visitors to follow their own religions. He taught that all spiritual paths lead to the one goal.

Ramakrishna’s reputation for being an extraordinary teacher grew. He attracted people from all religious backgrounds and every social status. Even great religious teachers flocked to him. They recognized the depth of his knowledge and experience. 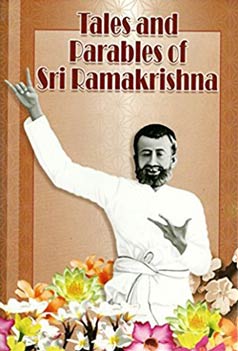 The breadth of Śrī Ramakrishna’s practice of various spiritual paths is evident in his teachings. He easily related to people of all religions. Like Jesus Christ, he was adept in using stories and parables to make a point. He used examples from nature and simple, daily life. Ramakrishna’s style of teaching appealed to intellectuals and the uneducated alike.

Śrī Ramakrishna died of throat cancer at the age 50. His wife, Śri Sarada Devi, and many of his disciples continued his teachings. A group of his closest male disciples took monastic vows. After a period of pilgrimage and practices, they formed the Ramakrishna Mission. Its purpose remains: “For one’s own salvation, and for the welfare of the world.” Its principal mission is to serve humanity through social services. The Vedanta Society in America emphasizes spiritual principles and practices over social welfare.

This post covers a short introduction to Śrī Ramakrishna. His life and teachings are well documented in countless books and other publications. If this is your first introduction to this great Indian saint, I suggest that you start with the small book noted above. It’s easy and pleasant reading. Ramakrishna’s teachings will immediately give you the sense of living spirituality in daily life.

Find a quote that appeals to you and write it on a piece of paper or in your journal. Refer to that quote each day before your meditation. You will soon discover how the words of saints make impressions on your heart and mind. These are the kinds of impressions that take you to enlightenment on the spiritual path.